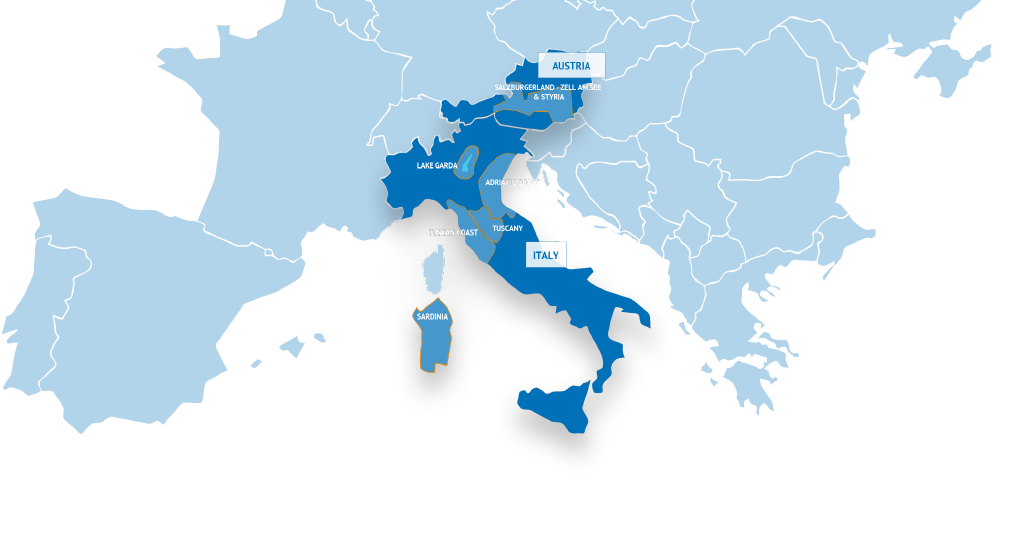 The Tuscan landscape is dominated by cypresses, poppy flowers and a sea of sun flowers. Visit medieval towns like Siena, Pisa or Lucca. The cultural highlight is the capital city of Tuscany, Firenze (Florence) - a city rich with palaces (e.g. of the Medici family), interesting museums and historic buildings. Discover Tuscany on foot, by bike or, like the Italians, on a Vespa. Enjoy the Italian cuisine and taste the local wines. The campsite is located in the Chianti area, famous for its rich red wines.
Lees verder
Read more
Weiter Lesen
Leggi di più 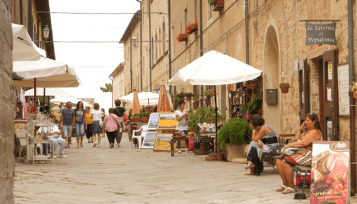 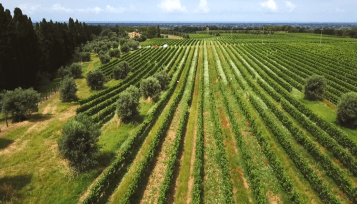 +13
The area has even more natural beauty to offer. In the north you can find the mountains of the Alpi Apuane and the Orecchiella. In the south you will find the Crete. These bare clay hills, covered with some wheat fields here and there, form the most remarkable landscape in Tuscany. To the west, Toscana stretches along the coast with the Parco naturale della Maremma boasting the most unspoilt coast in Italy, or so it seems. This natural park can be visited by buying a ticket in the village of Alabarese. For hikes and cyclists there are well-maintained marked trails. In the vicinity of Viareggio you will find beautiful pebble and sandy beaches that do not have much to offer in terms of natural beauty, but where you can relax and swim.

Marmble
The marble industry in Carrara, which has been operating here for centuries, also gives a very characteristic image. It seems that the mountains are always covered by a thick layer of snow. The approximately 300 marble quarries in the hills around Carrara date back to Roman times, making them the oldest working industrial sites in the world. The immaculate white marble has been used by sculptors for centuries. The marble for Michelangelo's David, for example, also comes from this region.

Vino!
In addition to the extensive tourist industry, Tuscany, is of course also a large wine producer. Most of the wines are produced in the Chianti region. Nowadays there is a broad range of wines with diversity and high quality. This contrasts with the red wine that was supplied in the well-known carboys in the 1960s, called the fiasco (really). This region also produces a high quality (low acidity) fruity olive oil. The vineyards and olive groves contribute to the characteristic sight of the region.

Innumerable art treasures
In addition to the beautiful landscape, Tuscany offers an enormous cultural heritage and countless art treasures. Almost every city or village is worth a visit because of a beautiful cathedral or church, picturesque streets and panoramic views, palazzi and interesting museums.
Cities and villages that are worth a visit!

Florence, cultural capital of Tuscany
The centre of Florence is small and everything can be reached on foot. Mainly it is the place to buy luxury items such as leather, jewellery, shoes and cloths. You will not leave the city empty-handed….The city used to be the centre of the Italian fashion industry and that is why the fiorentini are very fashion conscious. Firenze is also known for the Ponte Vecchio, the medieval bridge over the river Arno and traditionally the domain of the goldsmiths.
In response to the great cathedrals that appeared in Pisa and Siena around the 13th century, the Fiorentini announced that their cathedral would become the largest in the world, transcending Greek and Roman art. The result is impressive, the outside of the Santa Maria del Fiore is covered with white, red and green marble. The inside of the cathedral is gigantic. It seems that there used to be as many as 10000 people gathered to listen to the sermon. The interior is sober (except for the dome!) but impressive and well worth a visit.

Siena, back in the days in the city centre
The last couple of years Siena has reached the status of top destination in Tuscany. With its beautiful historic buildings, Siena is not inferior to the popular city of Florence. The shell shaped square Piazza del Campo with its impressive tower is the heart of the city, but there is more to discover. For example, the cathedral of Siena belongs to the most beautiful churches in Italy. Every year in July and August the famous horse races, Palio di Siena, takes place in which the different neighbourhoods, contrade, compete against each other.

Lucca, a real secret tip according to Tuscany connoisseurs
This town isn’t as touristic as Florence or Siena, but here you will find some of the most beautiful places in Tuscany. The old city walls are well preserved and are popular today as walking and cycling routes. This way you can admire the historic center of Lucca from all angles and enjoy the green surroundings.

Pisa, much more to offer then just the leaning tower
Everyone knows Pisa as home to the world-famous leaning tower, but this city has more to offer. Stroll through the medieval center with its historic buildings and green parks and you are guaranteed to fall in love with this city on the water.

San Gimignano
On your way to San Gimignano you instantly know why this hilltop city is famous: the 14 medieval towers are visible from a great distance. These towers were once created by the wealthy of the city to demonstrate their prosperity. The higher the tower the richer the family. San Gimignano is a typical medieval Tuscan city with beautiful buildings and a nice view of the surrounding countryside.
Toon minder
Show less
Weniger
Riduci
Highlights
Cypresses, poppy flowers and a sea of sun flowers
Capital city of Tuscany, Firenze (Florence)
Interesting museums and historic buildings
Discover Tuscany on foot, by bike or, like the Italians, on a Vespa
Bekijk topcampingsView top campsitesSiehe TopcampingplätzeVedi top campeggi 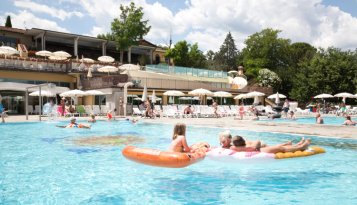 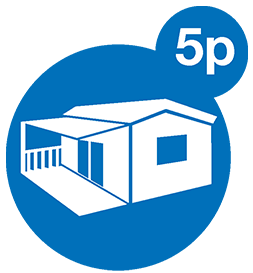 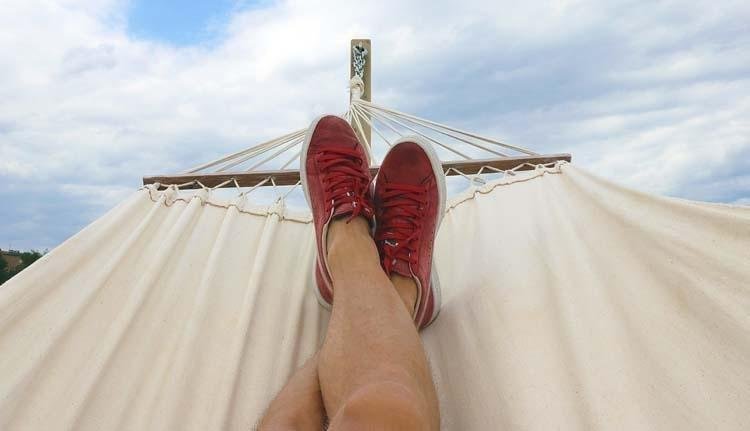 Top 10 reasons for a holiday in Italy
Do you like good food, delicious wines, fine beaches, culture in historic cities, relaxation and entertainment for the whole family? Read the 10 reasons to visit Italy.
Lees verder Weiterlesen Read more Per saperne di più 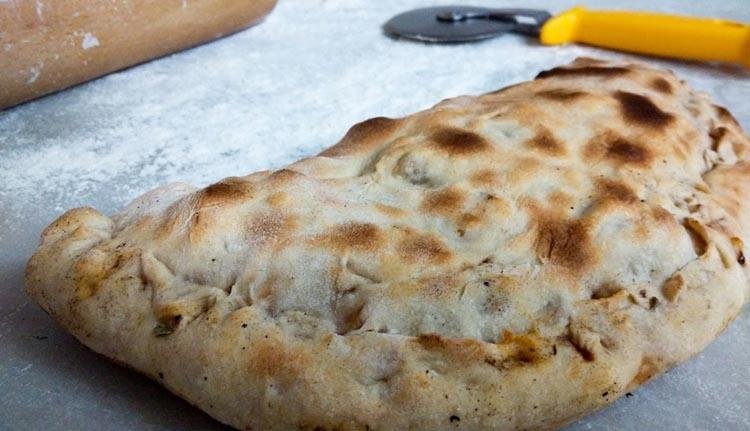 Recipe Pizza Calzone
The Neapolitans made pizza famous. Also the folded pizza Calzone. But how do you make it yourself? It's a bit more work than a regular pizza, but well worth it!
Lees verder Weiterlesen Read more Per saperne di più
Nieuwsarchief News Archiv News archives Archivio delle notizie